The purpose of the award is to provide appropriate recognition to employers that are committed to the comprehensive well-being of employees, industry and community. The selection process, under the direction of Bill Marklein, founder and CEO of Employ Humanity, annually selects one organization in the United States to receive the award using a qualitative methodology and core values common to Employ Humanity LLC. The company was founded to inspire emotional intelligence in humans and in the workplace, and to transform organizational cultures for the betterment of humanity with a focus on leadership, wellness and community involvement.

“It is an honor to present the 2017 Employ Humanity Excellence Award to Miron Construction, a company that has demonstrated excellence for supporting its employees, community and beyond with programs such as the Dream Project and Build Like a Girl and through the support of countless workplace programs and community events that benefit employees, families and children. It’s fantastic to see the positive impact a workplace can have on its people and the community,” Marklein said.

Dave Walsh, vice president of human resources for Miron, accepted the award on behalf of the organization.

“At Miron, we make a concerted effort to show, through tangible programs, what our employees mean to the organization. Our involvement in the community is simply an extension of that commitment to people, relationship-building, and bringing dreams to life,” Walsh said. “We are honored to be the first recipient of the Excellence Award.” 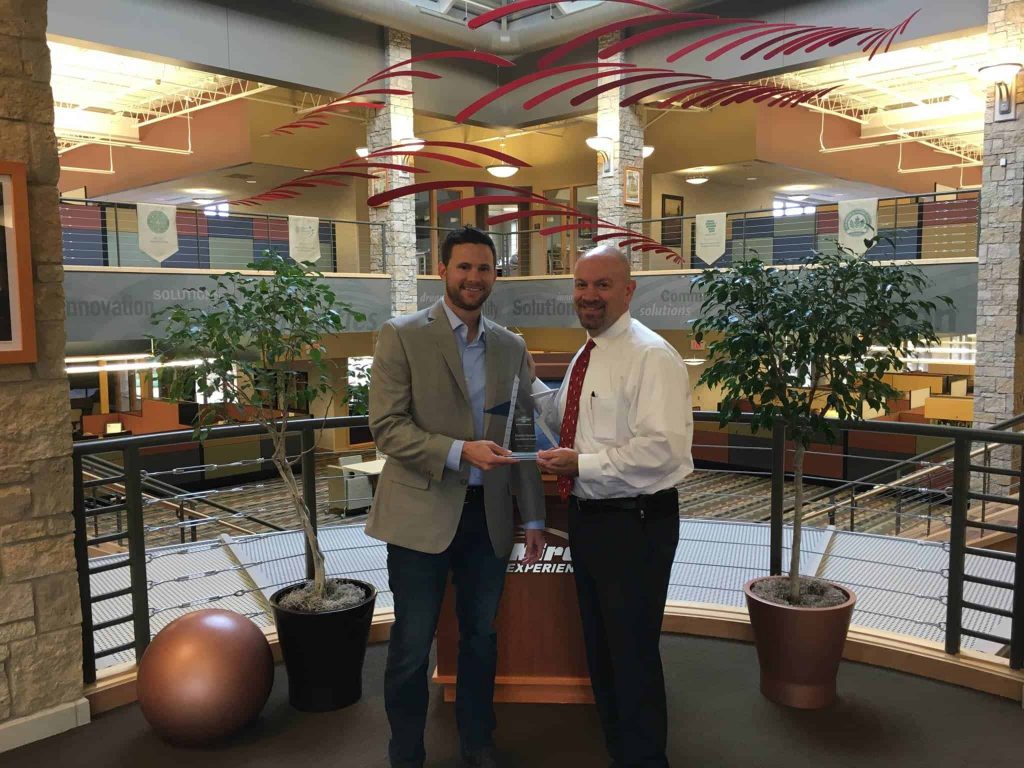