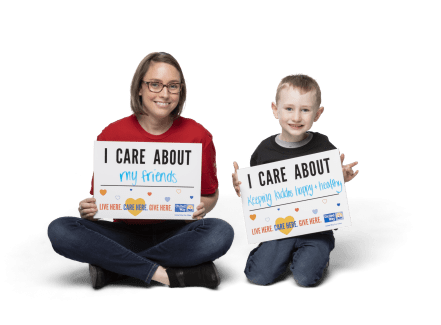 Miron Construction Co., Inc. has once again surpassed its United Way combined corporate and employee campaign goal. Miron employees far exceeded expectations and the organization raised more than $586,000 during its 2021 campaign, an increase of $100,000 from 2020. Because of this, United Way Fox Cities has named Miron the “Sustained Excellence Award” winner for its 2021 campaign.

“Miron Construction continues to make our community stronger through their investment in United Way Fox Cities,” said Josh Kilgas, vice president, resource development for United Way Fox Cities. “Once again, Miron employees broke their own record, which makes them United Way Fox Cities’ 4th Most Generous Workplace. Each year we recognize companies that have demonstrated incredible results year after year with the Sustained Excellence Award. With Dave’s tremendous leadership, Miron Construction has done precisely that, and we are honored to add this distinguished award to their long list of awards from previous years.”

“Our employees’ generosity always amazes me,” said David G. Voss, Jr., president and CEO of Miron Construction and the United Way Fox Cities Leadership Giving Chair. “While many aspects of life are beginning to return to normal as the most recent wave of the pandemic nears an end, our employees understand this is not the case for everyone within our communities. Donating to United Way provides a way for our team to help our communities flourish. I am proud that Team Miron continues to donate during times of uncertainty and change, to ensure those who need it most receive it.”

Miron’s collective commitment to strengthening communities is apparent in its employees’ ongoing donation of time, talent, and treasure. Each year, they make a significant impact on the programs and services supported by United Way throughout each of the communities in which Miron offices are located, including the Fox Cities, Green Bay, Madison, Milwaukee, Wausau, and Eau Claire, Wisconsin, as well as Cedar Rapids, Iowa. This past year, Miron’s Wausau office received the 2021 Partner Award from United Way of Marathon County.