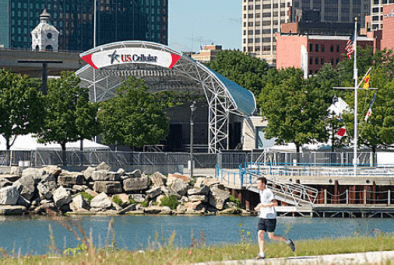 With the warm weather finally here, and summer underway, we thought we would share some of the wonderful summer activities that are taking place in some of the communities that Miron Construction helps to build.

Milwaukee is known as the city of festivals and there are numerous great opportunities to sample the wide cultural traditions of Wisconsin’s largest city.

Here are some of our favorites, and we encourage you to join us out on the town:

This year Polish Fest celebrates their 30th festival.  This wonderful event is a three-day celebration of everything Polish, including activities like cooking demonstrations, vodka tastings, a cultural village, live entertainment and even a Catholic Mass reading in both English and Polish on Sunday morning.  Be sure to sample the pierogi, a traditional Polish dumpling that is fried in butter with onions and served with horseradish-laced sour cream.

Not surprisingly, given Milwaukee’s German heritage, German Fest is one of Milwaukee’s finest festivals.  It hosts a wide variety of events and wonderful German music, from the traditional to the contemporary.  However, the event is probably best known for the cuisine; over 20,000 bratwursts, 20,000 pastries and 20,000 roast pork sandwiches are consumed during the four-day festival each year.

The Wisconsin State Fair is an 11-day celebration of all things Wisconsin held each summer, usually in early August.  This year’s event will mark 160 years of one of the most family-friendly and affordable entertainment events in the state.  One of the key traditions for attendees is enjoying the cream puff, the longest selling item at the Fair, which originated when the Wisconsin Bakers Association began selling the famous pastries in 1924. The cream puffs are a tradition and a Fair “must” for all attendees!