It’s hard to believe that 2016 is almost here! Before we ring in the New Year, we asked our employees to reflect on 2015 and share some of their favorite moments from this past year. Here is what they had to say:

Mike Schmid – Project Executive
My favorite moment for 2015 would be what turned out to be the last year of Quarry Quest. When my sons were little, they loved attending QQ. This year both were able to volunteer along with me. 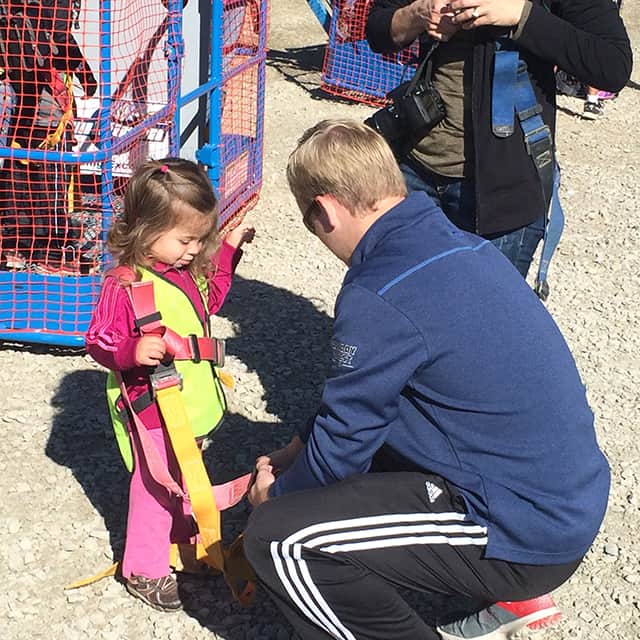 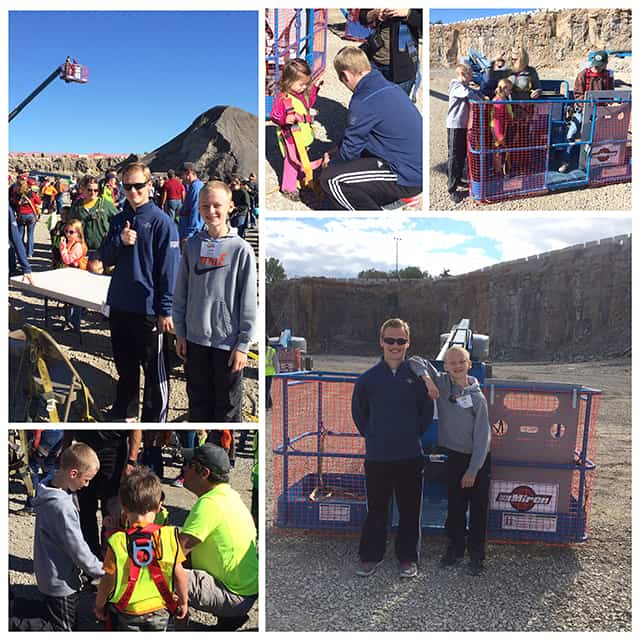 Fab De Souza – Industrial Project Manager
The opportunity that Miron has given me to enrich my personal life and career is something that I will always cherish and be grateful for. Because of this, I have had so many great, memorable moments in 2015. It’s hard to just reflect on one; however, my family and I had a great time at Halloween at Vilas Zoo in Madison with Miron handing out candy. Actually, I just posed for pictures and used the Dark Side of the Force. 🙂 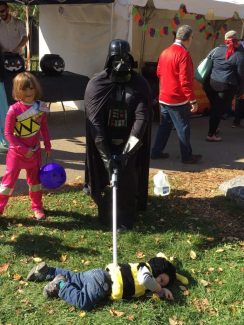 Bert Pieper, Jr. – Project Superintendent
My favorite Miron moment of the year was to bring dreams to life at One Menasha Center! 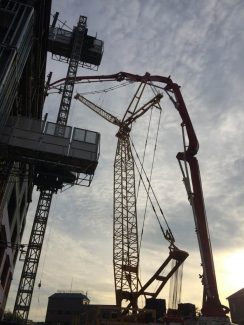 Mark Russell – Project Superintendent
Seeing the happiness and pride on Dave and Tim’s faces while we enjoyed time together at our appreciation picnic. I think it was a great time to reflect on what Miron really is – a big family! 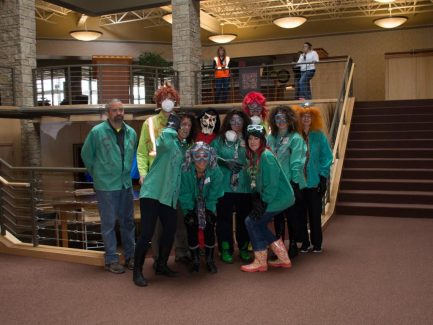 Rob Chartier – Vice President, Healthcare
The most memorable moment for me this year was the Beam Raising Ceremony at Fox Valley Hematology and Oncology. This ceremony was unlike any other beam raising I had ever witnessed. Typically the last structural member of a building is lifted into place, celebrated, and is then covered up and long forgotten. This time, the beam was located in a very conspicuous place in the lobby where it would remain in plain sight and painted lavender to represent all cancers and to stand out from the others. Most importantly, prior to being brought to the site, it had been placed at FVHO’s existing clinic to be signed by the many people in the Fox Valley whose lives have been impacted by cancer. The names and messages inscribed carried words of hope, of gratitude, and in some cases, of memorium. Reading those messages, at that moment, reminded me how important the work we do at Miron is and how our efforts improve the lives of so many people. 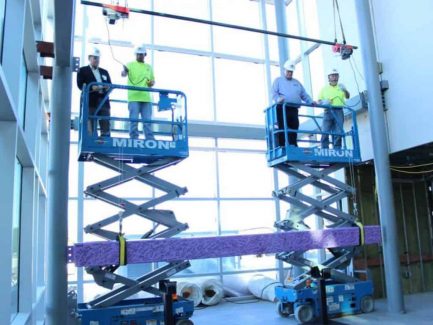 Michael Sachs – Assistant Network Manager
The team building events that the IT department took part in where my favorite. I’m grateful that I work for a company that invests in its employees.

Kyle Pieters – Project Manager
One of my favorite Miron moments was the ground breaking for Festival Foods’ new Menasha store. The Miron team put together this giant Festival grocery bag to hide the project sign until it was time for the reveal. 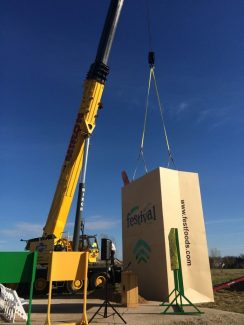 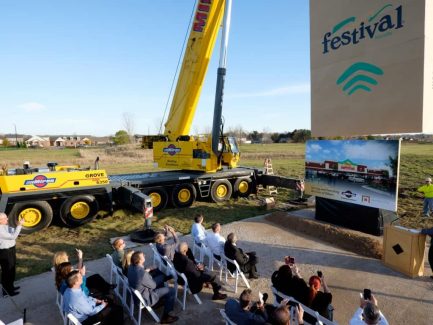 Brandon Blank – Regional Risk Control Manager
My favorite memory from 2015 was when the crew at Staybridge Suites in Marquette, MI hosted a field trip for the local “Mommy Club” at their project site. There were about a dozen children, ages 1 through 5, and their parent chaperones that came to walk the site, sit in the crane, and see the concrete pump truck in operation. Our foremen, operators, superintendent, and project manager did an awesome job outfitting the kids and educating them about our construction process. It was their very first field trip and they all had a blast! The children even gave the team a very nice card thanking them, by signing their names inside their hand prints! Just another example of how we help bring dreams to life!! 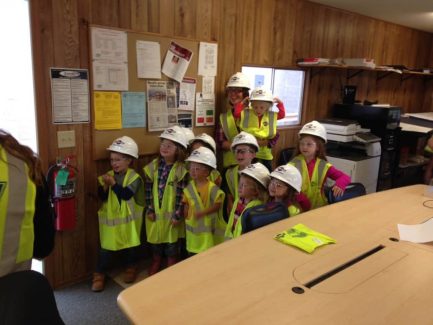 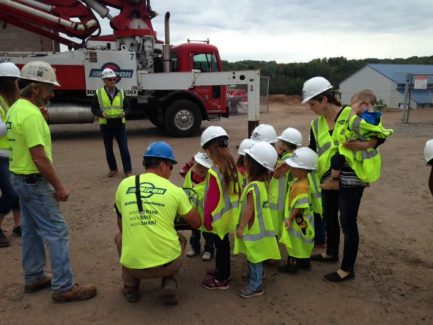 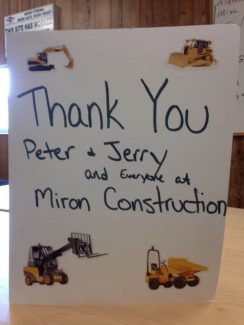 John Murphy – Project Executive
My favorite Miron moment from 2015 was our Lambeau group outing. We went kayaking and it was a lot of fun floating down the river with my team. 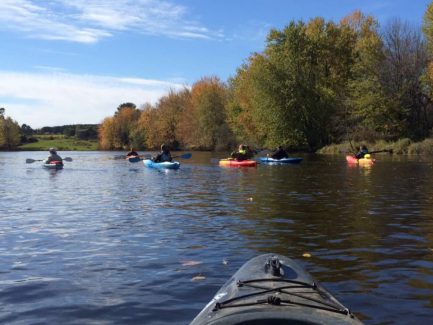 Craig Bieri – Graphic Designer
My highlight was the Skyward holiday party where I heard from the Skyward execs firsthand how excited they are about their new building and how awesome Miron’s office and field staff have been throughout the entire process. Even though I’m not directly involved with the project, several people came up to me to shake my hand and talk about the building and the big move for them next year. Despite the stress and headaches that happen between these office walls, it’s good to know that I work for a company that touches so many lives on so many projects. Good job, Miron! 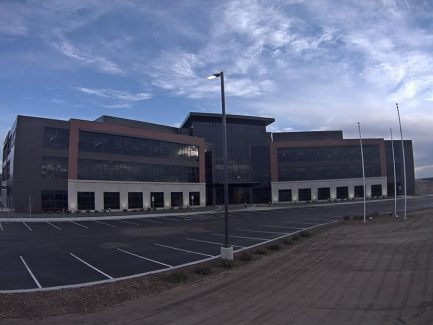 One Response to Favorite Miron Moments of 2015