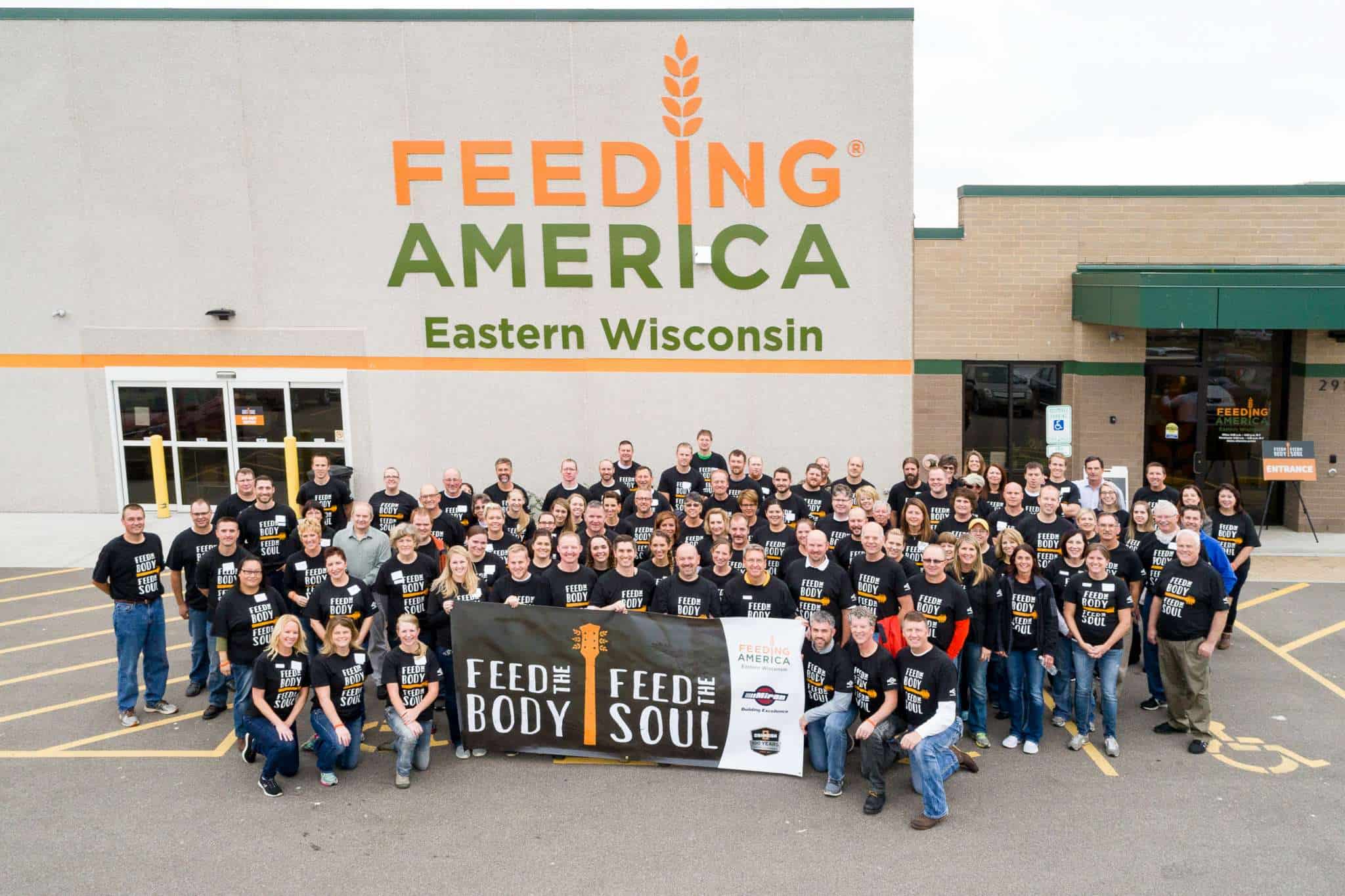 One in seven people in northeast Wisconsin face hunger every day. Hunger does not discriminate. It knows no age, race, or sex.  Each year, Feeding America Eastern Wisconsin serves more than 400,000 people in their mission to solve the hunger issue. 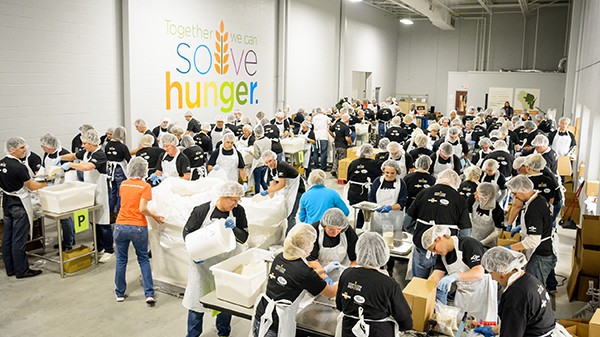 On October 13th, as part of a 24-hour volunteer marathon hosted by Oshkosh Corporation and Feeding America, nearly 100 Miron Construction team members volunteered alongside community members to repackage bulk rice. This rice will be distributed to individuals and families facing hunger via numerous food pantries within the 16 counties that comprise northeast Wisconsin, providing rice to families for an entire year. But where did all of this rice come from to begin with?

It all started this past August at Mile of Music, an annual Americana music festival located in downtown Appleton. One of the event co-founders, Cory Chisel, set out to tackle the significant issue of hunger by presenting a series of “Feed the Body, Feed the Soul” concerts. Proceeds from these concerts, which were sponsored by Oshkosh Corporation, were donated to Feeding America. The funds were in turn used to purchase thousands of pounds of industrially packaged rice. In order for the food to be aptly distributed, however, it needed to be repackaged into smaller containers. That’s where the need for volunteers emerged.

Wilson Jones, president and CEO of Oshkosh Corporation, was overwhelmed by the response to the call for action. “It has exceeded our expectations, but we knew this community would step up; they always do and it’s something different and we just want to keep growing it.”

Tim Kippenhan, vice president and COO of Miron, agreed. “Caring for community is one of our six drivers at Miron Construction, and we were honored to be a partner and play a role in this initiative to help families in need.”

24 hours. 200,000 pounds of bulk rice. 900 volunteers. And countless families who will benefit from this labor of love throughout the next year. Bodies and souls satisfied.