This is the first in a series of blog posts regarding summer events taking place in the cities where our major regional offices are located. Enjoy! 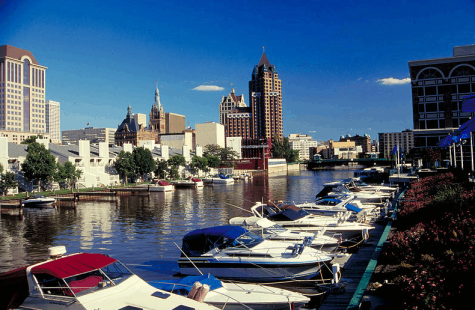 Summer is right around the corner … can you feel it? Here is our annual list of fun civic and cultural events coming up in Milwaukee, a community that Miron helps to build.

Milwaukee is known as the city of festivals and there are numerous great opportunities to sample the wide cultural traditions of Wisconsin’s largest city.

This year Polish Fest celebrates their 32nd festival. This wonderful event is a three-day celebration of everything Polish, including activities like cooking demonstrations, vodka tastings, a cultural village, live entertainment and even a Catholic Mass reading in both English and Polish on Sunday morning. Polish Fest was voted in top 5 for Best Festival in Milwaukee in the WISN 2012 Spring Fever A-List, one of the top 100 festivals in North America by the American Business Association and made the Travel Channel Best Fairs & Festivals List 2012.

Summerfest is the world’s largest music festival and Milwaukee’s flagship summer festival, which attracts the music industry’s top stars, along with emerging talent and many local favorites.  The venues include the 23,000-seat Marcus Amphitheater, 10 additional stages, and a wide selection of food and beverages stands. The event features marketplaces and interactive exhibits, which are set against a Lake Michigan and downtown backdrop.

Bastille Days is a four-day bash that attracts more than 250,000 visitors annually who enjoy live music, an international marketplace, chef and wine demos, French and Cajun cuisine, roaming busker entertainment and a signature 43-foot Eiffel Tower replica offering hourly light shows. The event is known for the impromptu street performers, roaming minstrels, and a variety of interactive and musical entertainment. Bastille Days also boasts a wide variety of some of the best restaurant vendors in Milwaukee!

Not surprisingly, given Milwaukee’s German heritage, German Fest is one of Milwaukee’s finest festivals. It hosts a wide variety of events and wonderful German music, from the traditional to the contemporary. However, the event is probably best known for the cuisine; over 20,000 bratwursts, 20,000 pastries and 20,000 roast pork sandwiches are consumed during the four-day festival each year. Fun fact: If you stack end-to-end the 20,000 brats consumed, it stretches the height of eight Empire State Buildings. That’s 10,000 feet!

The Wisconsin State Fair is an 11-day celebration of all things Wisconsin held each summer, usually in early August. This year’s event will mark 162 years of one of the most family-friendly and affordable entertainment events in the state. One of the key traditions for attendees is enjoying the cream puff, the longest selling item at the Fair, which originated when the Wisconsin Bakers Association began selling the famous pastries in 1924. The cream puffs are a tradition and a Fair “must” for all attendees!