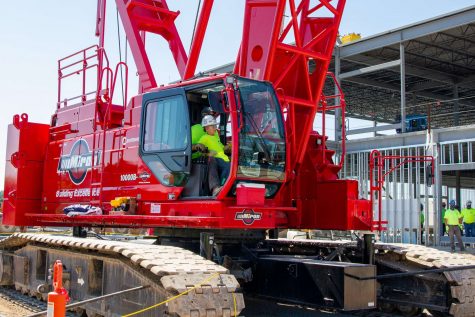 Miron recently collaborated with Make-A-Wish Wisconsin to grant the wish of a very special 5-year-old named Dominic. Dominic is living with Lennox-Gastaut syndrome, a severe neurological disease that makes him prone to seizures. Dominic wished to be a “worker man” for the day, so several Miron team members stepped up to make his wish come true.

Dominic started his day with a police and fire escort from his home to a nearby Miron project site. Once on site, Dominic joined the crews for stretching before operating equipment, pouring concrete, and laying block. Following the site visit, Miron Project Manager Alex Williams, who is also a member of the Young Wishmakers of Wisconsin, constructed a custom sandbox at Dominic’s house, with the help of Dominic himself.

Watch this video for an overview of the day, including a moving testimonial from Dominic’s mom Julie about how much this wish meant. Team Miron really pulled together to make this day unforgettable for Dominic and his family.

Dominic tugged at the heartstrings of many through the power of media storytelling. Check out all the great media coverage here: