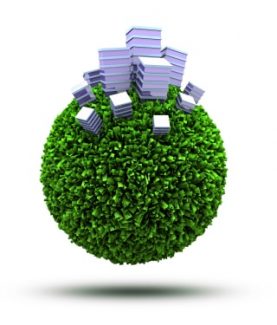 Energy Management: Focus will remain on energy efficient technologies that immediately save money by reducing operation and maintenance costs. “You can’t manage what you don’t measure.” Measuring energy consumption and investing in energy efficiency technology to lower operational and maintenance costs remain a focus for many organizations and markets (i.e. healthcare, manufacturing, food processing, schools, government and the commercial sectors).

Renewable Energy: Interest in renewable energy technology and waste-to-energy projects remains high, however, in many cases is still too costly. Technology will continue to evolve to allow more affordable options. There must be backing by government funding to allow opportunities for businesses to secure private financing to build waste-to-energy projects as well as install other renewable energy technologies. A report issued by Capital-E found that energy efficiency and renewable energy financing has the potential to soar from $20 to $150 billion annually.

Existing Building Retrofits: McGraw-Hill Construction’s Green Outlook 2011 report  found that by 2015 the green share of the largest commercial retrofit and renovation activity will more than triple, growing to 25 to 33 percent of the activity by value—a $14 to $18 billion opportunity in major construction projects alone.

Water: Our challenge will be to help our clients who use water intensively return the water in the same or better condition than when it was extracted. Why?  This past year, two of the most prominent organizations at the center of corporate climate change action, Ceres and Carbon Disclosure Project, both independently expanded their carbon emissions platforms to include water impacts. While water initiatives have long been associated with population growth and environmental contamination, this move by climate-focused organizations signals a major shift in the corporate sustainability world from prevention toward adaptation. A focus on carbon emissions is an attempt to avert the causes of climate change and reduce energy costs. A focus on water use is an admission that climate change is our new reality and it’s time to start managing its effects. The material risks associated with increased droughts and flooding will be among the most poignant effects of climate change.  Therefore, expect a major increase in attention to companies’ management of water risks and other aspects of climate adaptation.

Material Standards: There has been an increasing demand for “green” building materials forcing manufacturers to produce “green” products to remain competitive. Unfortunately, manufacturers’ market products as being “green” when by third party standards they are not, creating confusion for the consumer. Third party standards and certifications have been developed to differentiate products that meet the “green” criteria.

LEED: LEED 2012 will bring higher “green” standards to the marketplace and will include additional market types including: data centers, warehouse & distribution centers, hospitality and healthcare. For the first time in USGBC’s history, existing buildings (gross square footage) registered to seek LEED-EBOM (Existing Buildings, Operations & Maintenance) have exceeded buildings registered to seek LEED for New Construction or Major Renovations.  This signifies that owners are renovating their existing building stock and are rapidly integrating sustainability into their business operations and facility management is becoming a strong focus. Currently there are a total of 158 projects in Wisconsin that are LEED certified and 261 that are seeking LEED certification.

Urban Revitalization and Growth: Between 1950 and 2010, the number of urban centers over 1 million in population rose from 74 to 441 throughout the world. This is causing urban growth and/or revitalization, creating a need for public transit, urban agriculture and farm markets. The release of LEED-ND (Neighborhood Development), which certifies the “space” between buildings, has created green standards and requirements for neighborhood-scale (urban development) projects, which are energy independent of the grid due in large part to renewable energy or waste-to-energy technology and often require that all buildings built, expanded or renovated are also sustainable and/or seek LEED certification. There are currently three development projects in Wisconsin seeking LEED-ND, including River Heath in Appleton.