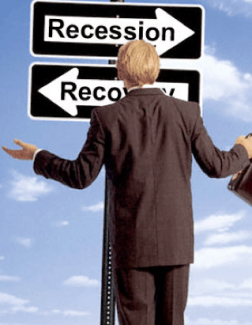 Living in this turbulent economy we tend to, more often than not, focus on bleak expectations and negative forecasts. But, there is a time and a place for a positive outlook and enthusiasm about an economic turnaround, and that time is now.

After two years of significant declines in construction spending, it appears that it is finally starting to stabilize with numerous indicators pointing toward better days ahead. But before we look ahead, let’s take a moment to reflect on the last few years.

All markets have been affected by this recession, a few of which include:

Amusement & Recreation: spending declined by 40 percent in 2009-2010, but is starting to show signs of life after bottoming out in early 2010.

Commercial: although spending continues to decline and is down more than 61 percent from its peak, the rate of decline has slowed.

Manufacturing: although the rate of decline has slowed, this sector is still down more than 49 percent from its peak.

Healthcare: after experiencing a 25 percent decline, spending has stabilized, as fears of President Obama nationalizing healthcare have eased.

Communications: although communication-related projects have declined, spending has been stable over the last 9 months.

Transportation: even though this sector is down from 2008 levels, it has increased in the last year, but state and federal budget cuts most likely mean we can expect a downward trend over the next few years.

Power: this is believed to be an area of strength, due to an increasing demand for electricity, and although this market did experience a decline, it has recovered nicely in the last few years.

Construction profitability has taken a huge hit. A 35 percent decline in construction activity and a 22 percent reduction in employment mean the industry is a breeding ground for aggressive bidding and lower margins. Statistics show that economic growth is improving though. The economy has been growing for the past seven quarters and this economic growth will help to restore balance to the industry. Strong corporate profit growth is the best leading indicator of sustainable economic growth, since it’s the engine that provides the fuel for the rest of the economy. In fact, not only are earnings strong, corporations are generating record levels of free cash flow and corporate balance sheets are flush with cash.

Employment growth has also turned positive and given the magnitude of the decline, the fact that the economy is already starting to create jobs is an extremely positive turn of events. As it stands, investments are below depreciation, due to the reluctance of corporations to reinvest profits/cash. It does appear, however, that corporations are starting to gain confidence, and in turn, are starting to increase real spending.

The value of the dollar has declined significantly over the last 40 years, and one positive to this fact is that this change should help re-balance our economy through higher exports and lower imports. The strong dollar in the past has subsidized consumption at the expense of production, but we are in the early stages of a transition away from consumption and back towards production.

A rebound in economic growth allows businesses to use up excess capacity, eventually resulting in higher spending on construction. Recently, capacity utilization has increased from 67 percent to 76 percent. As capacity nears 80 percent, it tends to trigger an increase in construction spending—on expansions and new construction. The banking system is also starting to recover and loan demand is starting to show signs of life with lending conditions easing for the first time since 2006.

After two years of significant decline in construction spending, it appears that it’s finally starting to stabilize with numerous signs indicating better days are on the horizon. It’s always darkest before the dawn and finally, it appears the sun will rise again. Congratulations to those of you who have survived these difficult economic times and good luck as you move forward in the years to come!