A topping out ceremony is a construction tradition that has been occurring in some fashion for centuries as a celebration of project milestones. Traditionally, this ceremony occurs when the final structural beam is raised into place, completing the building’s frame. However, some projects celebrate this tradition when the highest beam is placed.

Before the beam is raised into place, a few ceremonial practices take place. Future owners of the building and the project team sign the beam, leaving their permanent mark on the building. The beam is not the only item raised in the tradition of topping out – a Christmas tree and American flag are attached before its final placement. The exact history of the tree tradition is not quite known, but there are a few explanations.

The most common historical explanation of this tradition starts with the Scandinavians. They used a fir tree to signal the start of a celebration. Therefore, to celebrate the completion of a building’s structure, they started by placing a fir tree at the structure’s peak, which eventually turned into raising a tree with the final beam. Another historical belief is that Native Americans believed that no structure could be taller than the trees, thus placing a tree in the final and highest beam relieved that issue.

The project team at the new Neenah High School recently celebrated progress with a topping out ceremony. Congratulations to the men and women working hard on this project – this is certainly a milestone worth celebrating! 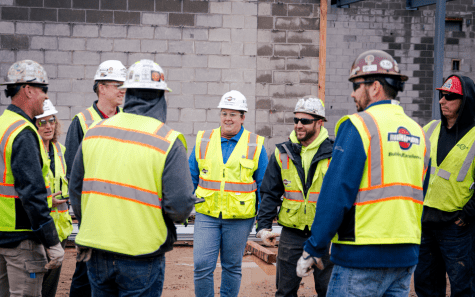 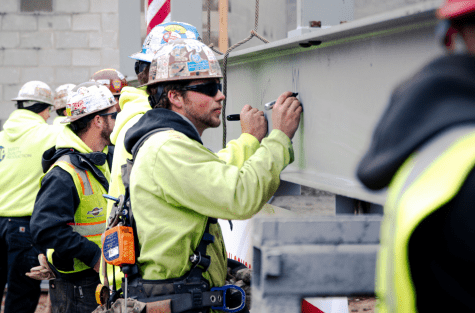 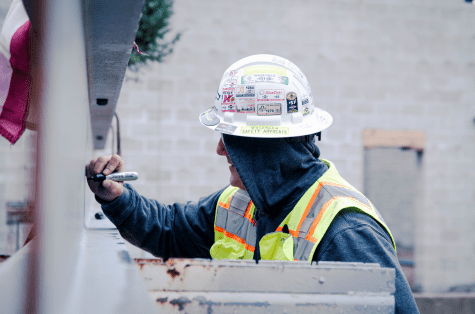 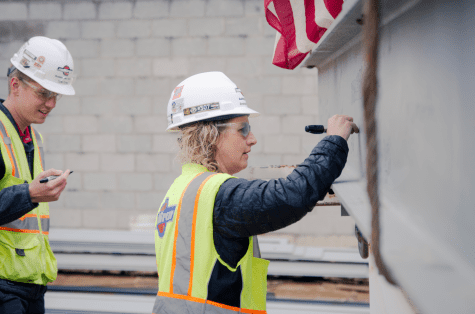 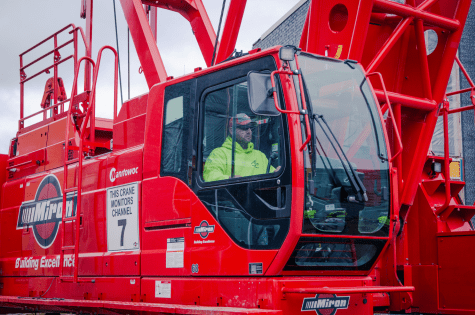 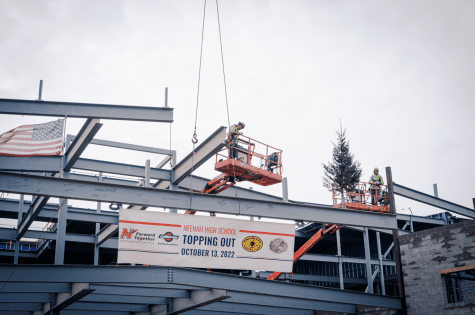 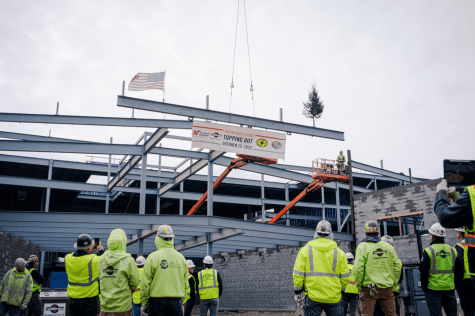 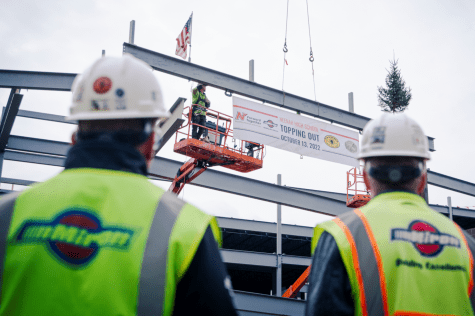