ENR Midwest received more than 100 entries, which were evaluated by a group of individual judges from architecture, engineering and construction firms.

The $53-million-project included the construction of a 126,000-square-foot, four-story building for the University of Iowa’s School of Art and Art History. The building was designed around a central atrium and includes studio space, faculty and staff studios and offices, a green rooftop studio, teaching space and galleries.

“We could not have had the success we did on this project without the help of all the other firms involved,” Steve Heyne, project manager at Miron Construction, said. “It was a wonderful experience to be able to come together and build something as exciting and as important as the University of Iowa’s Visual Arts Building, and we feel honored to say we were part of it.”

Miron, in partnership with Steven Holl Architects and BNIM Architects, began work on the project in June 2013. It was completed in May 2016.

The new building replaced the 1935 arts building, which was heavily damaged during a flood in 2008.

The facility has received a number of other awards, including the Midwest’s Building of the Year award from The Architect newspaper.

Miron Construction will be recognized in the November print edition of ENR Midwest, as well as at an awards breakfast on Nov. 29 in Chicago. 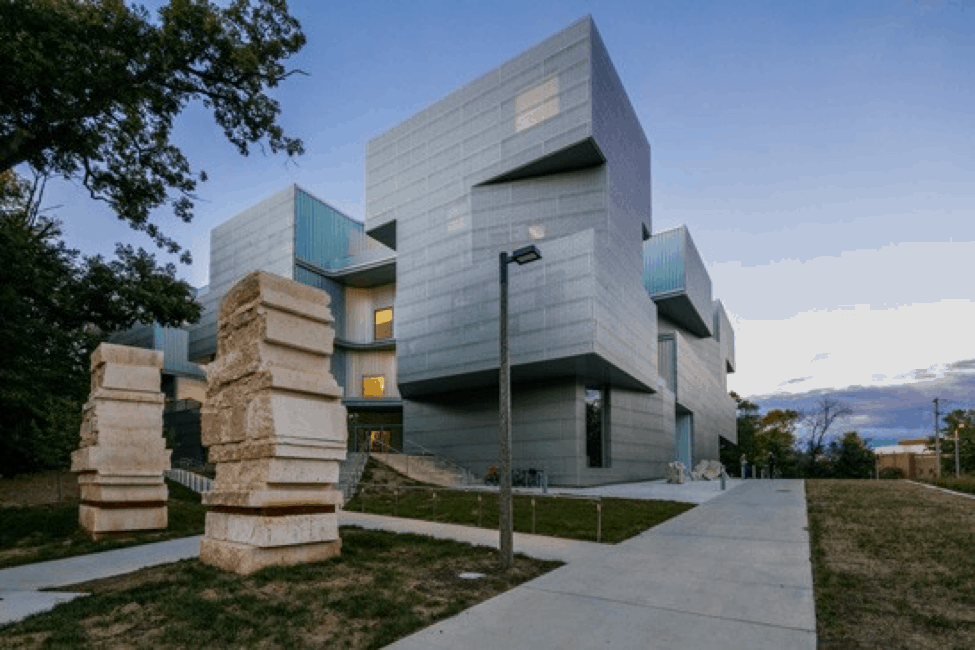