Miron has been working on site at Lambeau Field since September 2011 and recently set the last piece of structural steel on the scoreboards. The project team is currently focusing on preparing the scoreboards for their debut at the shareholders’ meeting. The north end zone is scheduled for substantial completion by Aug. 1, 2012, right in time for the 2012-2013 season, while the south end zone portion of the project will be completed by mid-June 2013.

“Lambeau Field is legendary to Green Bay Packers fans worldwide,” stated Miron Project Executive Royce Alsbach. “As a local contractor with strong ties to the community, we at Miron Construction are both honored and humbled to be named an ‘official partner of the Green Bay Packers.’ We’re thrilled to be part of the exciting new changes taking place on site and look forward to continuing to safely bring the dream of a renovated facility to life for the Green Bay Packers organization.”

“Miron Construction is a great partner of the Packers,” said Packers President/CEO Mark Murphy. “Their work on the current expansion project has been excellent and continues to demonstrate their high level of performance, which they initially displayed in their role as the major subcontractor on the redevelopment of Lambeau Field project completed in 2003. We’re proud to have Miron on the Packers’ team.”

The north end zone will house a new stadium gate with six elevators that will enable club-seat holders to enter and exit the stadium more efficiently and provide an additional ADA entrance and exit point. In the south end zone, new seats will be added in four levels. General seating will be featured with abundant restrooms and concessions, in addition to themed areas with some indoor concession environments. A new south gate will include pairs of escalators to each level and four elevators to efficiently move fans in and out of the stadium. Both new gates will lessen the traffic at other gates throughout Lambeau Field and will improve the stadium’s overall entrance and exit patterns. 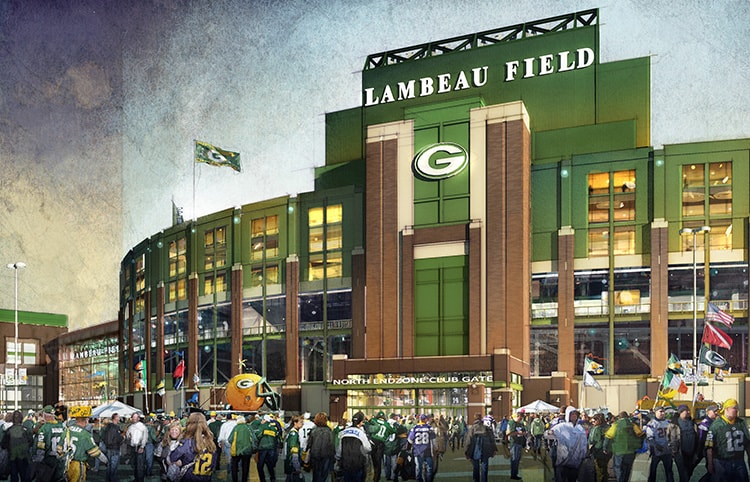 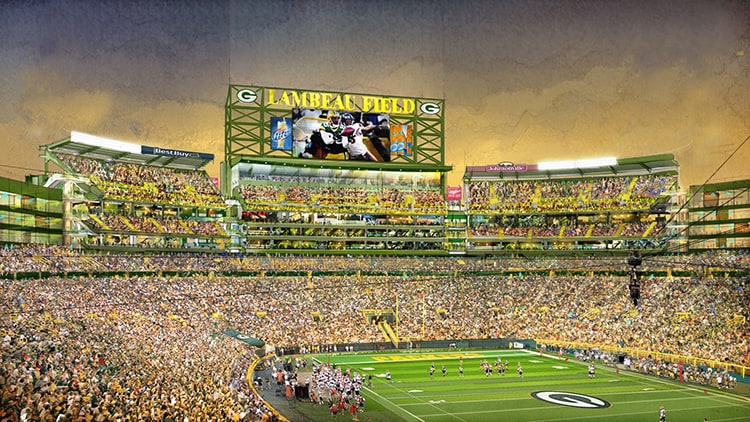