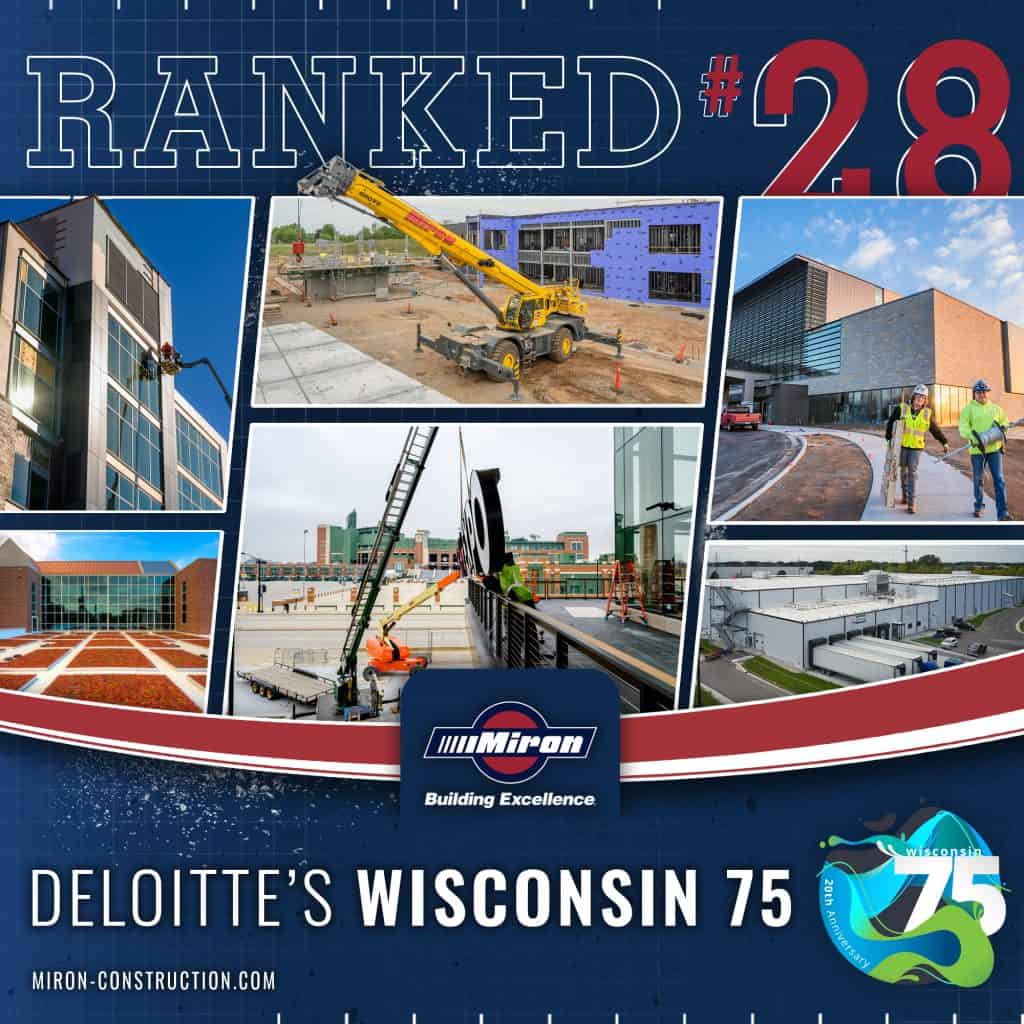 Miron Construction Co., Inc. has been named to Deloitte’s Wisconsin 75 list for the 15th consecutive year, ranking 28 overall. Deloitte compiles the list annually; the awards program has been celebrating the achievements of the largest privately held businesses headquartered in the state since 2003.

“We take immense pride in knowing our employees and projects play a key role in powering the state’s economy and communities,” said David G. Voss Jr., president and CEO of Miron. “These 75 companies represent growth, innovation, people, and industry in the great state of Wisconsin, and we’re honored to be in excellent company on this list.”

Recognizing more than just revenue, these accolades highlight contributions to the community, the people who have built the businesses, and the overall Wisconsin economy of which they are a part.