In a world in which employers are struggling to attract and retain top talent, Miron has taken a unique approach, by supporting its employees in fulfilling their personal aspirations. At Miron, employees are asked to capture the dreams, drivers and goals of clients, and our leadership team believes that if employees are able to live out the process and experience bringing their own dreams to life, they will be better equipped to help others achieve theirs. The Dream Project was created for any dedicated Miron team member and focuses on a holistic approach to personal development. Dreams can be short- or long-term, but must be personal rather than professional in nature. More than attracting and retaining talent, the Dream Project reinforces the family culture that exists at Miron. This program is an investment in people, providing a unique resource to help employees become happy and fulfilled in their personal lives.

We are thrilled about all of the amazing things our team members are working toward and can’t wait to share them. From time-to-time, we’ll be posting Dream Project stories. It begs the question, what is your dream and what are you doing to make it happen? (Feel free to share in the comment section below.) 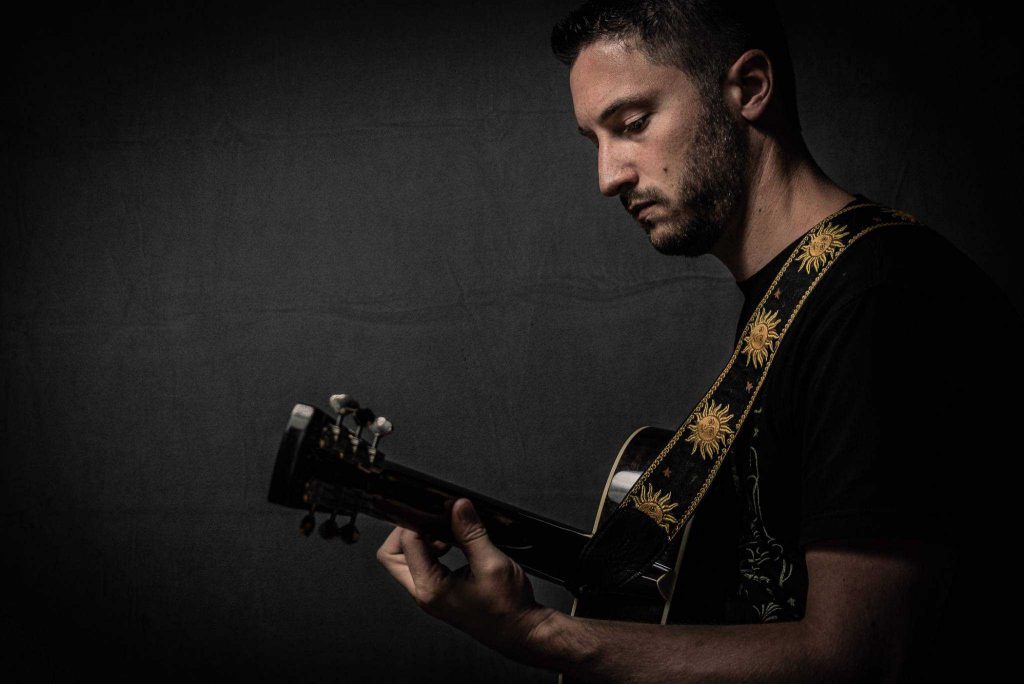 Blake Titus, in his fourth year as a Virtual Construction Specialist with Miron, agreed to share his personal experience with the Dream Project, and how it has impacted his life in ways he never imagined.

What was your initial feeling/reaction to the idea of a Dream Coach and the Dream Project program?

I thought it sounded like a great work benefit. I heard about the program on day one and started working with Carrie (Miron’s original Dream Coach) from the start. When I tell friends and family about working with a Dream Coach, they can’t believe that we have such forward-thinking ownership that would put a program like this in place.

Did you have a dream in mind when you reached out to the Dream Coach?

I did. Although, at the time, I had been playing guitar for more than 10 years, I wanted to get over my fear of performing in public.

Everything moved so quickly. Only a few weeks after sharing my dream with Carrie, I was put in touch with a contact who knew Cory Chisel (a recording artist in Nashville with deep roots in the Appleton area). The contact graciously introduced me to Cory prior to one of his Tuesday night performances at The Ambassador in Appleton. After sharing my dream with Cory, he encouraged me to perform that night! When he finished his first set, he handed his guitar over to me and took a front-row seat in an audience of 300 people. I was beyond nervous…I was physically shaking. I played a few songs which, to my surprise, ended in applause from Cory and the audience. I was so excited that night that I couldn’t sleep.

After that, I took some time off of playing music to focus on pursing my architectural license, another one of my dreams. It was during that period that Eric Marcoe, Miron’s current Dream Coach, came on board. Eric helped me get started on pursuing my architectural license after a coaching session I had with him. He encouraged me to start studying for and taking my exams. Ultimately, I passed all seven exams in nine months and had my license in-hand less than a year after beginning that project.

After I earned my license, I was a bit lost as to what to do next. I had focused so much time and energy on getting my license that I hadn’t looked ahead to what I would do after that. Eric helped me with some brainstorming, which led me back to music and performing. When I shared with Eric that I was ready to experience a few open-mic nights, he responding by asking, “Should we make some calls now?” We literally picked up the phone in that moment and tracked down some great opportunities. I also started taking guitar lessons, which occurred due to another coaching session with Eric.

How has the Dream Project program affected your life (personal and/or work)?

I meet with Eric about once every six weeks, and I use each coaching session differently. Sometimes I have specific things I want to discuss with him, but other times I don’t. It’s never a straight-line conversation, but rather an exploration into what’s on my mind on that given day. Eric has a great way of getting you to think about things on a much deeper level. This may require him to pose the same question multiple times, but sooner or later, he draws things out of you and helps you get to the heart of the matter.  Simply put, Eric acts as a mirror and helps you work things out for yourself. And once he does, he helps you gather your thoughts on next steps, create an action plan to achieve your goal, and then holds you accountable to it.

A recent solo trip to Thailand was born out of a meeting with Eric. I mentioned that Thailand was on my travel bucket list, and he responded by asking “When is your deadline to have it on the calendar?” When you work with Eric, you can’t just say you want to do something and not move toward it in some way. He applies positive pressure; he’ll never move faster than your comfort level allows. Because of Eric’s ability to push forward with me and set timelines, I have done almost everything I have set out to do. I’ve learned to stop thinking too hard about things and just take action!

Do you see correlation between your personal and work life?

Absolutely. If you are happy and healthy outside of work, chances are pretty good that you’ll bring your best self to work. You bring so much more to the table professionally.

What’s been the most surprising part of your Dream Project journey?

I think it’s been interesting to learn more about myself. I always felt like I was a fairly shy person, but I’ve learned that the more often you step outside of your comfort zone, the easier it becomes. You build momentum, and it’s fun! These last few years, I’ve been having the time of life! I’ve accomplished so much and continue to push myself toward things I told myself for so long I couldn’t/wouldn’t do.

What was the biggest challenge or obstacle?

Me. That is what Eric is so good at—helping you get out of your own way. When faced with something that seems a bit overwhelming, he’ll ask “What is the worst thing that could possibly happen?” And when you determine what that is, his response is, “Well, worst case, that probably won’t even happen! Now, what’s the best thing that could happen?” It brings instant clarity to the situation.

What has been your favorite part of the journey?

It was the moment when two of my major dreams (performing in public and traveling to Thailand) collided. One night during the trip, some of my travel mates and I went down to the beach for a campfire. I borrowed a guitar from a girl who had brought one with her, and I played for the group all night. There I was, playing music for a bunch of strangers—in Thailand! Just one year earlier I would have never even considered playing in that situation.

Do you have any other dreams in mind that you’d like to pursue?

I’m happy to say that so many of the things I’ve set out to do, I’ve accomplished. So I ask myself, now what? There’s no doubt I’ll continue to expand on my current goals. For instance, I’m planning to take another solo trip; I’d love to explore South America. I don’t intend to take the typical tourist path, so I’m starting to learn Spanish. I want to be able to fully immerse myself in the language and culture. And now that I feel comfortable performing in public, I’ve been giving some thought to starting a band and playing some solo gigs.

Would you recommend the Dream Project program to your co-workers? Why or why not?

Absolutely! No matter what your dream is, Eric will help you self-reflect on what has kept you from fulfilling it. He’s with you every step of the way, encouraging you as you move out of your comfort zone and toward your dream. It’s when you overcome fear that the best things in life happen.

What advice would you give to others who are considering pursuing a dream or goal?