One thing that sets Miron apart from the competition is passion. Our employees’ passion for serving their clients, co-workers, and communities is truly inspiring. As a way to celebrate individuals for going above and beyond their normal job duties, Miron has established an internal recognition program that allows Miron employees to nominate their colleagues for displaying random acts of kindness.

Several nominees are recognized at each quarterly company-wide meeting, receiving a special medallion and hand-written note from one of Miron’s owners. From those nominees, six are selected by a committee of peers to be honored at Miron’s annual office and field summits.

At this year’s summits, we celebrated a group of individuals who exemplified passion in ways that truly went above and beyond their jobs. Read on to learn more about their stories. 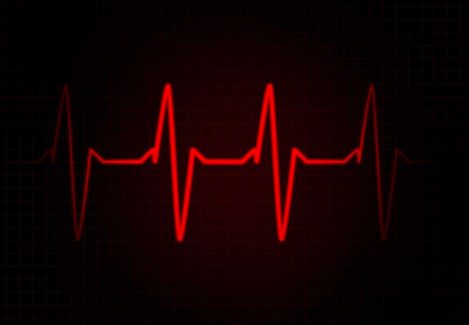 Matt, a Miron mason, was working on a hydro-mobile scaffold system laying brick. A fellow mason noticed he looked pale and slightly disoriented, so he helped Matt down from the scaffold. Once on the ground, Jack gave Matt water and took him to the urgent care center at a neighboring hospital. Matt was later transported to a larger hospital where it was determined that he had experienced a minor heart attack.

Matt had a 98% blockage in his first aorta and had two stents put in. His sister died of a similar health issue; had Jack and his team not responded in the way they did, it could have been a much more serious situation. 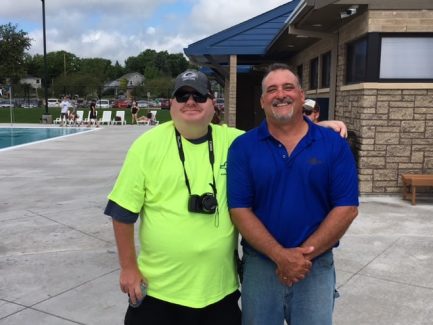 Barry’s relationship with Tim, a legally deaf resident who lived near Barry’s project site, started the day Miron mobilized its trailers. After Tim reached out to ask about taking photos of the park project, Barry made sure either he or another Miron employee was available each week to walk Tim and his escort around the site. Each time Tim showed up, the joy and anticipation on his face was apparent. Barry’s kindness not only affected Tim, but the surrounding community. They all knew how important the park was to Tim, and this was something he would never forget. 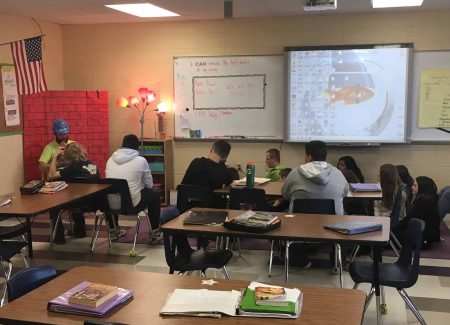 James served as a carpenter foreman on the Kewaunee School project. He and his wife also own an art gallery in Algoma. One day Peggy, a teacher from Kewaunee Middle School, came into the gallery and asked if anyone from the jobsite would be willing to read to her class. James volunteered to take his break time and read poems to the students. He had the kids engaged while he read “Hector the Collector.” The students asked a lot of questions about the renovations happening at their school, and James had all of the answers.

Peggy won’t remember Miron as a contractor that created dust and disruptions during the renovation project, but will instead remember a Miron employee serving as a role model to Kewaunee students.

Dan arrived at a wastewater treatment plant project site after a significant rain event and met with the plant operator. There was a minor overflow from one of the tanks due to the limited tank capacity during construction as well as the large amount of rain. The plant operator was very concerned; he felt he was in violation of State standards and thought he could be held legally liable for the situation. During the conversation, Dan noticed the operator acting out and saying things that were contrary to his normal demeanor and potentially harmful to himself and others. Concerned for the operator’s well-being, Dan contacted City officials who contacted the operator’s family. The operator was brought to a local hospital for an evaluation and received treatment for his distress. Dan could have easily left the meeting that day and done nothing. Instead, he may have saved a person’s life simply by seeing something that seemed out of sorts and reaching out for help. 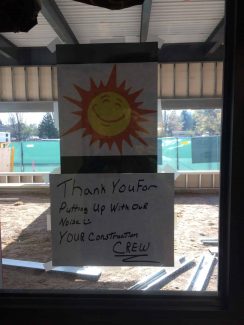 Tony was overseeing a renovation project at Langlade Hospital in Antigo, WI. Some of this work eliminated the view to the outdoors for patients that were being treated in the oncology department. When Tony learned that some patients were sad that they could no longer see outside and that there was an increase in noise due to construction, he took it upon himself to create something fun to let the patients and hospital staff know that the construction crew cared. He created a sign with a photo of the sun and a handwritten note that said, “Thank you for putting up with our noise. – Your construction crew.”

It was a simple gesture that spoke volumes about Tony and his understanding that it’s the simple things that make a difference. The Head of Nursing and CFO of the hospital were very emotional when thanking Tony, as it had a tremendous impact on their patients and staff.