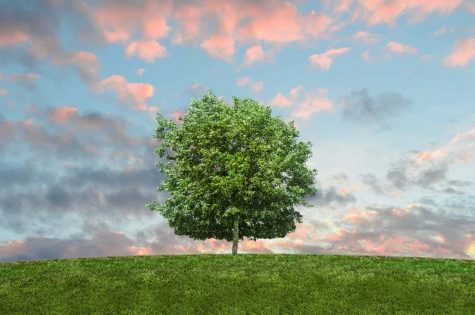 We are incredibly proud of the work we’ve done in regard to sustainability and our LEED project portfolio at Miron, as well as our many LEED Accredited Professionals and Green Associates. No other movement has transformed the construction industry within the last decade like green buildings have. Within the last seven years, Miron’s LEED project portfolio has grown from three projects valued at $18.5 million to 54 projects valued at $728.2 million, which speaks volumes in terms of negating the idea that LEED projects are more expensive and that sustainability is just a trend.

So what can we expect to see on the 2015 green horizon? For starters, new market segments will begin to embrace sustainability with the release of the LEED v4 rating systems, which address the unique needs of additional building and project types (beyond commercial, educational, healthcare, and retail projects). Data centers, hospitality, and warehouses and distribution centers will now enter the mix. LEED v4 also opens the sustainability door to the largest group of projects—those that already exist—ones undergoing minor improvements or little to no construction. LEED Building: Operations + Maintenance v4 now goes beyond commercial facilities and can be applied to existing schools, retail, healthcare, hospitality, data centers, and warehouses and distribution centers. Additionally, LEED for Homes v4 also now encompasses single homes, low-rise multi-family (1- 3 stories) and mid-rise, multi-family (4- 6 stories) structures.

In 2015 we will also see updates to building codes across the county with the release of the International Green Construction Code (IgCC) and ASHRAE 189, among other standards. Per Act 141, Wisconsin is required to adopt the latest IECC code within 3 years of its release. The current Wisconsin code is based mostly on IECC 2009 (similar to ASHRAE 90.1-2007). The latest IECC is 2012; therefore, per Act 141, Wisconsin should be updating the IECC 2009 code to IECC 2012 in 2015.

You can also look forward to the introduction of new voluntary green rating systems such as WELL, that focus on aligning organizations’ wellness and sustainability initiatives, aimed to compliment LEED while focusing on the health and well-being of building occupants. In addition to new rating systems, AIA’s 2030 Challenge and Living Building Challenge will push the sustainability envelope beyond the quest to design and construct zero-net energy buildings, and into the realm of carbon positive, also known as “living” buildings. This will result in the creation of high-performance healthy buildings that will not only change the industry but also address risks associated with climate change.

The United States announced a new target to cut net greenhouse gas emissions 26-28 percent below 2005 levels by 2025, and are expected to provide their 2025 target to the Framework Convention on Climate Change as an “Intended Nationally Determined Contribution” no later than the first quarter of 2015, which are strong indicators that 2015 will be a year of policy change, aimed at reducing emissions and carbon pollution and implementing measures previously proposed under the Climate Action Plan—increased fuel efficiency and greenhouse gas standards across numerous sectors. Expect to see an amendment to the Montreal Protocol to begin phasing out the use of high global warming potential refrigerants—Hydroflurocarbons (HFCs)—which can be found in mechanical cooling and refrigeration equipment.

2015 will bring the continuation of federal programs and incentives that support investments in building energy efficiency measures, clean energy technology, renewable energy, advanced coal technologies with carbon capture, use and sequestration (CCUS); projects that cut methane emissions from landfills, coal mining, agriculture, and oil and gas systems, and invest in technologies for smart infrastructure for urbanization.

Pilot programs will be launched that focus on green infrastructure, energy efficiency and environmental trade sectors, expansion of “smart grids” that enable efficient and cost-effective integration of renewable energy technology, and for the intersection of energy and water (the energy/water ‘nexus’). The global issue of a lack of fresh (potable) water will spur programs for cutting-edge power generation projects that can demonstrate a new frontier for CO2 reduction through carbon capture, use, sequestration (CCUS) and storage while producing fresh water, which means becoming a net producer of water instead of a water consumer, will become a goal in 2015.

Many sources say that the outlook for 2015 is even better than what we’ve experienced this past year. As we see truth in the phrase “necessity is the mother of invention,” at Miron Construction we’re excited to see the new trends develop into established practices that push our industry forward in a more environmentally, socially and sustainable manner. This emerging diversified marketplace is less vulnerable, and should serve as a reason to look ahead to great changes and advancements in 2015.