Melissa Schulteis was recently named AIA Regional Associates Director (RAD) for the North Central States Region, representing more than 780 associate members in Wisconsin, Minnesota, South Dakota and North Dakota on the National Associates Committee. The committee is comprised of 18 regional representatives and nine advisory committee members, and is a standing committee of the American Institute of Architects (AIA) that is dedicated to furthering members’ careers and helping them on their path to licensure.

The appointed term is two years, beginning in January of 2016, during which Schulteis will broaden the associate network across the country and maintain communication between the national organization and associate members. On an annual basis, she will also be assigned to a subcommittee to work in-depth on issues affecting associate members.

In her role as Virtual Construction Specialist at Miron Construction, Schulteis is responsible for facilitating BIM coordination on commercial buildings by managing subcontractors and 3D models to fully organize building systems. She also educates people on the various technologies available to aid the construction process.

Schulteis graduated with a BSAS from the University of Wisconsin-Milwaukee. She is an AIA Associate Representative of the State Board, a lifetime member of the American Institute of Architecture Students, and an Architectural Licensing Advisor for Northeastern Wisconsin. 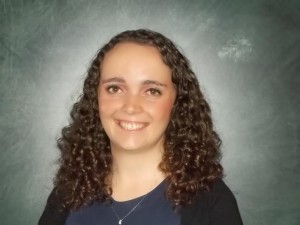