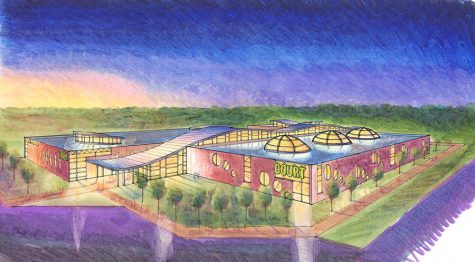 What if adults and children with disabilities had access to a fitness and athletic facility designed, built, and equipped just for them? If Damian Buchman has his way, we’ll soon find out.

As a one-in-a-billion survivor of bi-lateral osteosarcoma—an aggressive form of bone cancer, Damian has endured a number of major knee surgeries throughout his life. His resulting disability limits his ability to compete in traditional sports and recreational activities, but it also fuels his passion for creating a building without obstacles where people of all ability levels can compete, workout, and play—a building he calls The Ability Center, or TAC.

And Damian’s dream is on its way to becoming reality. “While I wish the doors were open yesterday, many will tell you that TAC has come further, faster than they ever expected,” says Buchman. The Ability Center’s development team is working hard to build partnerships, generate community support, and organize fundraising events like the upcoming Tailgate for TAC at Miller Park on September 20th. The fun tailgating party is the brainchild of TAC’s Fundraising Chairperson, Ali Eckman, whose brother is also a survivor of osteosarcoma. The event is now in its second year, and this year’s co-sponsors include Technogym, NuMotion, and Miron.

“Dream Big. Work Hard. This is the motto of the NFL’s Defensive Player of the Year, JJ Watt. I will tell you this, no one Dreams Big(ger) or Works Hard(er) than I do when it comes to helping people impacted by disabilities realize the same daily opportunities as their able-bodied peers.” For more information on Damian’s mission and vision, please visit The Ability Center’s website: www.tacwi.org.